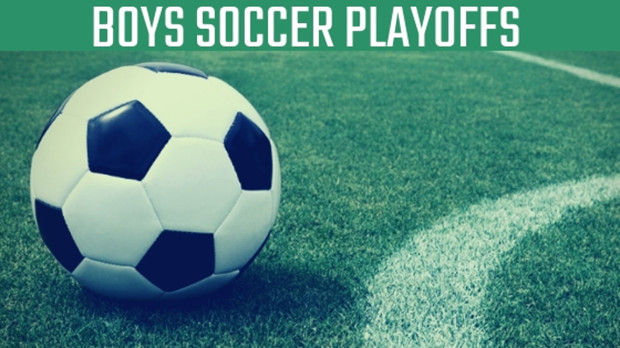 The Hampton boys soccer team have upet the #3 seeded Moon Tigers in the quarterfinal of the 2019 WPIAL boys soccer playoffs.

Upsets do happen, and boy did it happen this time! Hampton came in as underdogs, and were expecting Moon to pick up were the left off against Chartiers Valley. For the second game in a row for Hampton the game remained tied in the late stages of the game.

Nothing like going into a scoreless overtime in a playoff game. “I was just thinking about how hard me and my team have worked all year long just to get to that moment, and it was win or go home” said senior captain Matt Govi. Hampton’s goalkeeper Thomas Bradfield has allowed 1 goal through two playoff games and had 11 saves against Moon.

With three minutes remaining in the 1st overtime Holden Pritts scored his first goal of the postseason to send the Talbots to the Semifinals. And for the second game in a row, Hampton scored in overtime or in a shootout.

Hampton will take on the West Allegheny Indians in the East Final of the 2019 WPIAL Boys Soccer Playoffs, Saturday October 26, 2019 at North Allegheny High School. Kickoff set for 4:00. Go Talbots!