The Fall of the Warriors 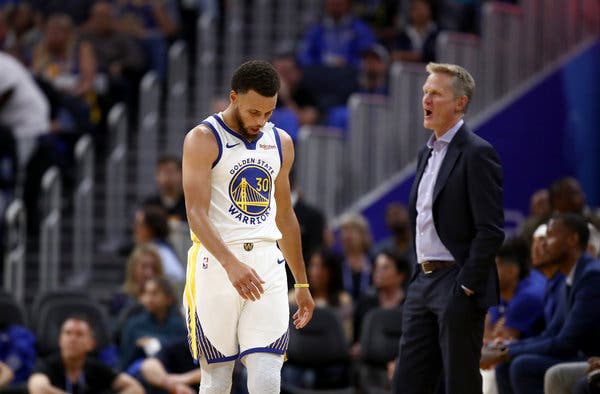 What happened to the Golden State Warriors? For the past five seasons the Warriors have been the most feared team in the NBA. Steve Kerr put together a championship team with star players like: Steph Curry, Klay Thompson, Draymond Green, and adding Kevin Durant in 2016. Making five straight NBA Finals and winning three of them the Warriors were unstoppable year-after-year. But now it’s a different story.

This past offseason the Warriors took a blow to their roster. The biggest one was losing Kevin Durant who signed a 4-year $164 million deal with the Brooklyn Nets. Andre Iguodala was traded to the Memphis Grizzlies to free up cap space for D’angelo Russell who was acquired from Brooklyn this past offseason.

In 2019 the Warriors are in their worst season since 2008 when they landed the 7th overall pick in 2009 to draft Steph Curry. The Warriors currently have the worst record in the NBA standing at 5-21 which is worse than the New York Knicks (5-20). (Yes, the Knicks have a better record than the Warriors.) Their last win came on Friday, December 6th, against the Chicago Bulls 100-98.

The Warriors are also missing their two star players: Steph Curry and Klay Thompson. Thompson is still recovering from an ACL tear he suffered in Game 6 of the 2019 NBA Finals last season against Toronto. Curry is out for another 2 months with a broken hand he suffered at the beginning of November.

With the Warriors being the best team in the NBA for the past five years some people might not feel sorry for them at all considering the fact they won 3 of those 5 Finals. As of right now Lebron’s Lakers sit atop the Western Conference at 19-3. But according to Oliver Ferguson the Warriors are  “secretly the smartest team in the league” due to the fact if they keep being the worst team in the league, they could get a high draft lottery pick and draft a top prospect. I mean I guess so Oliver but, uh, oh who am I kidding you’re probably right! I guess we’ll wait till June to see if LaMelo Ball goes balling with Steph for the next 8 years. Or maybe he goes to the Knicks I don’t know. But for right now the Warriors are the worst team in the Association and that’s the way people like it, unless your a Warriors fan, or player, or anyone associated with the Warriors organization.