What is the extent of Baby Yoda’s influence on the internet?

Has he broken it? 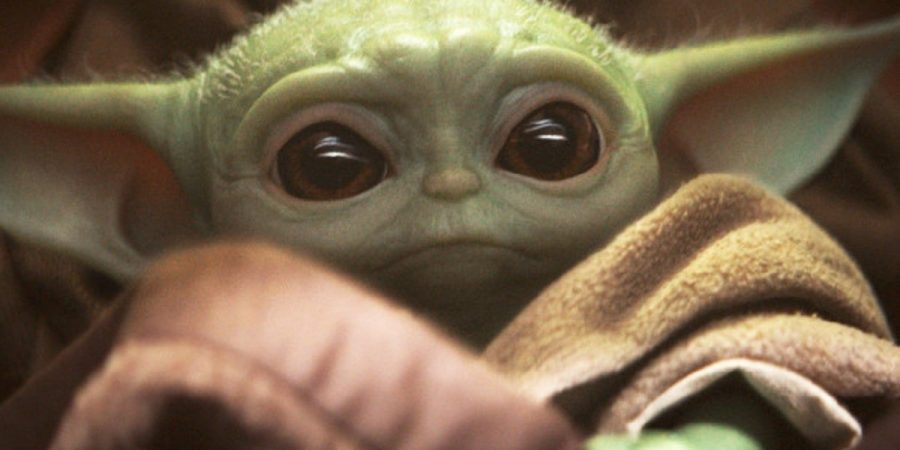 I have recently started watching “The Mandolorian” on Disney+, and since then, I have been graced by the presence of Baby Yoda at the end of episode 1 and onwards. I want a real life Baby Yoda so badly, but I wanted to know if anyone else felt the same way, so I did a poll of the Hamptonian’s Twitter on the cutest Star Wars creature; 87% of people said Baby Yoda, while the other 13% voted for Porgs or Ewoks. That raised a question though: how much influence does Baby Yoda have on the internet?

To start, I looked at the memes, and they have just poured out by the thousands since day 1 of his appearance in pop culture. Some were funny and many were cute. Next I decided to look at some articles about Baby Yoda. I found one in particular from “The New York Times” called “Baby Yoda Is Your God Now” by James Poniewozik. He states how much he loves Baby Yoda and, like me, wants a real living Baby Yoda. He also writes that “‘The Mandalorian’ is merely the ship. Baby Yoda is the cargo.”

Further research shows that, according to “Fox News”,  the State Department of Transportation in Mississippi is actually using Baby Yoda in an attempt to get people to drive more safely using appropriate memes, one being the McLovin reference pictured below. 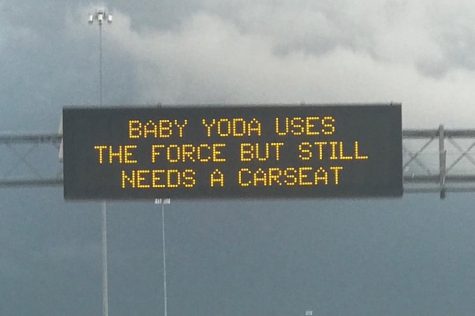 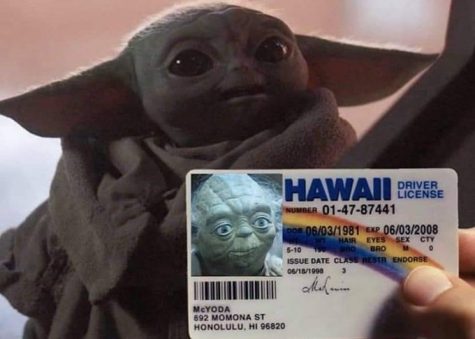 Honestly, despite all of my research, I still think it goes even deeper than that, but that might be for another time. Who knows, I might do a full review of the Mandolorian in due time once the series is finished.