The Beginner’s Guide to Shoegaze 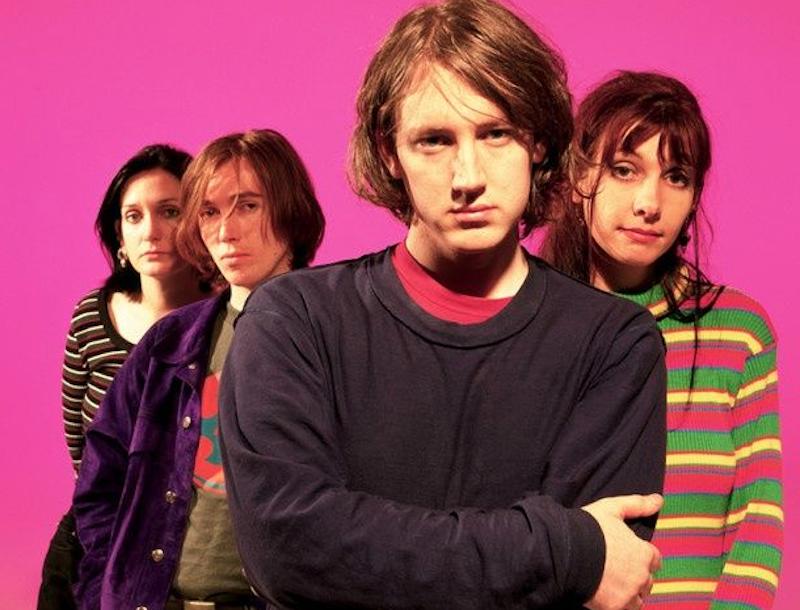 At the corner of post-punk and new wave, when the state of music in the 1980s was dominated by ear-piercing synthesizer pop, a new subgenre crested. The development of shoegaze became one of the most important and overlooked subgenres in music. Named after musicians staring at their feet while adjusting guitar pedals, its overwhelming uproar brought back the gritty sound that others lacked, and paved the way for the grunge and alternative rock scene that dominated the nineties.

The sound of shoegaze was able to maintain staggering amounts of layered whitenoise whilst still being melodic with the cross-combination of heavy reverb and distortion. Dreamy vocals usually paired with existential lyrics about love are sung on top of static and two or three guitars. The drums are typically clipped to contrast the otherwise free-flowing movement of the music. So, how did this odd combination of music develop in the first place?

Shoegaze hails a lot of sources of inspiration–you could describe its sound as a melting pot. Droning guitars can be traced back to the work of J. Mascis of Dinosaur Jr.. “Feel the Pain” follows the pattern of a loud, depressing guitar with a repetitive chord progression, and the solo on “In a Jar” is a blast of warped, shaking strumming. Sonic Youth can be cited as a source of inspiration–because they had a miniscule budget, they used inanimate objects as instruments. This became their trademark sound, and on their album Sister, the songs are all-too similar to the staple shoegaze sound. Check out songs like “Schizophrenia” and “Stereo Sanctity” to hear it. The ‘dream’ factor of this genre also has an abundance of ascendancies, like A.R Kane’s I, The Cure’s Seventeen Seconds, and The Jesus and Mary Chain’s Psychocandy. Psychocandy is recognized as the parent album of shoegaze, successfully mixing all components of the genre together. Listen to debut track “Just Like Honey” (repopularized by the 2003 film Lost In Translation) and feel the music absorb you.

The genre then underwent exponential growth– bands like Slowdive, Ride and Chapterhouse all developed around the same time and pumped out sweet madness on iconic albums like Souvlaki. The band Cocteau Twins put a spotlight on the genre with Heaven or Las Vegas. Cocteau Twins were refreshing to hear because frontwoman Liz Fraser would typically sing in multiple languages (or incoherently), making the listener focus on the sound as opposed to the content. “Cherry-Coloured Funk” and “Pitch the Baby”  became big hits, drawing in a larger audience.

I would be remiss if I didn’t discuss the poster child of shoegaze, My Bloody Valentine and their epochal magnum opus, Loveless. It is rumored that it cost two years, half a million dollars (consequently driving their record label into bankruptcy), and over a dozen sound engineers to make this masterpiece. Opener “Only Shallow” tugs the listener into their world with doses of sugar-coated nihilism. The almost inaudible vocals from Bilinda Butcher and Kevin Shields are otherworldly. Perhaps the greatest shoegaze song (and arguably to some, the best song in general) When You Sleep lies right in the middle of the album. Its meaning is still up to interpretation, but lyrics “When I look at you/Oh, I don’t know what’s real” are still sung intently by fans everywhere. Slower-paced ‘ballads’ like “Sometimes” or “To Here Knows When” emphasize the gloom factor, but are perfectly counterbalanced with more fluid songs like “Blown a Wish” and “Soon.” Loveless embodies the entirety of shoegaze in just over 45 minutes.

Though shoegaze used to be perceived as a short-lived genre, sputtering out of usage by the late 1990s or being overshadowed by garage rock, the age of the internet has prompted some late discoveries by younger people. Bands like Lush or Beach House are straddling the line of dream pop and shoegaze. Their popularity may reopen the genre’s usage. Perhaps oncoming generations will find comfort in the noise that our predecessors did thirty years past.