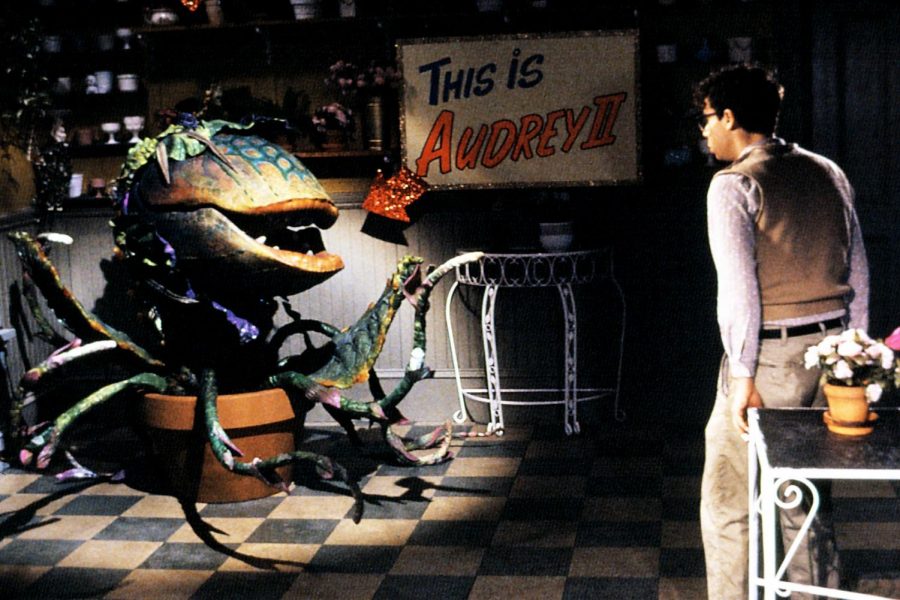 I cannot watch horror movies. Good, bad, realistic, over the top, no matter what they are, about nine times out of ten, I can’t handle them. So, as a service to others like me, I want to give you all a list of the best, non-scary, Halloween movies.

Beetlejuice– This is the absolute peak of goofy “horror” movies. I put horror in quotes because there is nothing remotely scary about this 80’s classic. This movie has incredible costumes, sets, and performances by every actor involved. If you haven’t seen this yet, I’m going to have to insist you watch it this Halloween.

Ghostbusters– There is literally nothing better than Bill Murray and Dan Akroyd fighting the worst CGI ghosts you’ve ever seen. Revolutionary for their time, the special effects have aged poorly in the best way. You can’t help but laugh at the primitive nature of the puppets and rudimentary animations that run rampant in this comedy. Rick Moranis, known for his appearances in SpaceBalls, Honey I Shrunk the Kids, among other classics, gives the best performance of his entire career in this movie. It is definitely just worth it for his scenes, they are absolutely hilarious. Also the theme song is perfect, so at least go listen to that.

Little Shop of Horrors– Another Rick Moranis classic, this horror-musical is an often overlooked masterpiece. Not necessarily the most Halloween-themed movie on this list, it still fits the bill of wacky, off the wall, scariness that I look for this October. Told in raucous song and dance numbers, it is the story of an alien house plant that just so happens to live off of human flesh and lands in the hands of underpaid garden shop worker Seymour. It’s ridiculous, unrealistic, and also contains one of the greatest comedy scenes ever put onto film (Bill Murray plays a demented dental patient in the care of a self admittedly satanic dentist performed by the master of comedy himself, Steve Martin). Overall, this movie deserves more recognition, so go check it out!

Nightmare Before Christmas– The second Tim Burton movie on this list, Nightmare blends spooky-ness and holiday cheer, perfect for this time of year. The absolutely wonderful music (the Oogie Boogie Song is a personal favorite) matches the film’s equally great stop-motion visuals. I don’t want to flood the list with these types of movies, but in the same vein as this are Coraline, Frankenweenie, Corpse Bride, and many other Tim Burton movies. I highly recommend watching at least one of those this month, as they never fail to get me in the spirit of Halloween.

The Rocky Horror Picture Show– This picture show is definitely not for everyone. However, if you feel up for a movie that will almost certainly confuse you, this is the best. I don’t really know what it’s about, or else I would tell you, but what I do know is that it has some ridiculously catchy music, great costumes, and amazing performances all around. I can’t promise you’ll like it, but I can promise it’ll weird you out, which is in the spirit of Halloween! At least I think!
What We Do in the Shadows– Another more “adult” movie, Taika Waititi stars in this vampire themed comedy about friendship. Classified as “adult” because of some slightly inappropriate humor, it will give you a heavy dose of childish and incredibly goofy jokes, which I think we could all use once in a while. In this hilarious tale, four roommates, all vampires, run around New Zealand, go clubbing, make friends, drink those friends’ blood, and fight werewolves. If you caught director Taika Waitit’s movie Jojo Rabbit in 2019, continue watching his work with this great film.

The Addams Family– Finally, I present to you the magnum opus of all family-friendly Halloween movies. There is not a single flaw in this film. Everything absolutely screams Halloween. The fact that there’s a detached hand crawling around within the first five minutes of the movie sums it up pretty well. A truly beautiful story of a family reunited, the Addams are who everyone should aspire to be (maybe minus the almost killing each other for fun, though).

Some honorable mentions that I think aren’t extremely scary, but more thrilling and spooky:

The Birds- This is a classic for a reason. The special effects are not super scary nowadays but they were pretty shocking at the time. Who would think to make a movie where birds are the villains? Alfred Hitchcock, that’s who! This is a good introduction into his movies, which would all be great to watch this spooky season.
The Shining- Fair warning on this one cause some think it’s scarier than others, but I was able to handle it pretty well and think it’s a perfect Halloween movie.


Gremlins- This isn’t actually scary now but it scarred me as a kid so I consider it horrifying. WATCH WITH CAUTION
Jaws- Not really regarded as horror, Jaws still packs a punch in the suspense department. You might think you know what’s going to happen next, but Spielberg shows us that no one is safe on Amity Island.
Evil Dead 2- This is one of the best 80’s horror movies I’ve ever seen, but it does have its scary moments. However, whatever blood and guts are shown are the most outrageously over the top, fake special effects I’ve ever seen. It’s a good mix between being really freaky and really funny.

Hopefully some of these options will help you pick out a movie that won’t give you nightmares this Halloween! Comment your favorite Halloween movies down below!