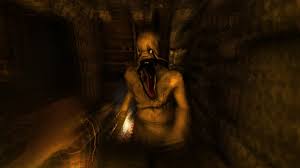 It’s that time of year again, the time of spooks, scares, skeletons, and other Halloween features beginning with S. Everyone has their own way of getting into the Halloween spirit this month, and my favorite is playing horror games. So I’m going to be sharing with you my top horror/scary video games to play so you can get in the Halloween spirit. Fair warning that this list is in no particular order, neither is it a ranking of the games themselves, everything here is just my opinion, so don’t take any of this as objective or factual. And with that out of the way, let’s get started.

P.T. was originally intended to only be a demo of a much larger new Silent Hill game, made by famed game developer Hideo Kojima and movie director Guillermo del Toro. However the game was canceled after the developers had 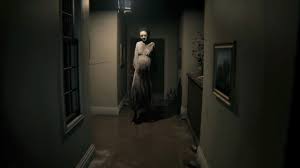 a falling out, and P.T. is the only thing we have that could suggest what the game would have been like. Despite all of that P.T. is one of the best horror games of all time. The game consists of a first person perspective of a man waking up in an empty room, walking through the hallway of a suburban house, then opening up a door at the end just to end up at the beginning. What makes this terrifying is that every time you go through that hallway, something changes. It could be subtle and disturbing, or huge and terrifying. The best part of the game is that the horror is mostly psychological, slowly getting into your head and making you dread what’s gonna be around that corner the next time you walk through it. P.T. is a fantastic horror game by itself, and a great start to our list. 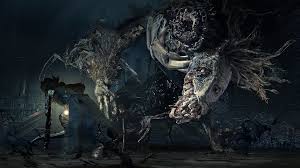 Coming up next on our list is 2015’s Bloodborne. Bloodborne was created in 2015 by game developers From Software, and it is one of the scariest games I’ve ever played. Bloodborne sets you into the Victorian city of Yharnam, a town wrought with a beastly plague that creates monsters out of the residents who you then have to hunt down. While this may not sound like a horror game at first, the atmosphere and environment of the game leave no doubt that it is one. Most of the horror you get from Bloodborne is the great sense of uneasiness and dread you get from your surroundings, and the sounds and design of the game. The environment the game is set in tells a horrific tale of what happened to this city and its residents. Everything in this game tells its own story about what goes on in this place, and when you dig a bit deeper into it, you could find tragic tales that can contend with the best horror stories out there. And it’s only until later that you realize that something darker is lurking behind the scenes and the tone shifts from a gothic horror setting to Lovecraftian horror and all of the unexplainable terrors that come with it. 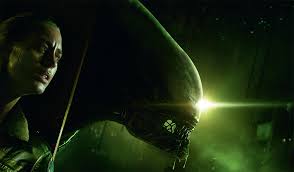 Alien: Isolation is a 2014 horror survival game created by game developers Creative Assembly, and takes place in the famous horror movie franchise Alien. You play Amanda Ripley, daughter of movie protagonist Ellen Ripley, as you search for your missing mother. The game starts off with the player going to a remote space station after hearing that it may have news about her mother’s disappearance. However, it doesn’t take long for things to go horribly wrong after she gets there, as it seems one of the alien creatures known as a Xenomorph has made its way onto the station. From there, it turns into a game of cat and mouse as you are relentlessly hunted by this Alien who you have to outsmart and hide from in order to survive. However, outsmarting it may be difficult, as the Alien is intelligent and will learn from your actions, making it much harder to hide in the same place twice. The thrill and horror you get from playing this intense game of survival will give you nightmares and is sure to get you into the Halloween spirit. 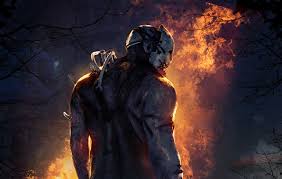 Dead By Daylight is a bit of a unique entry on our list, as it is a multiplayer game, meaning you can die, or kill, with your friends. This survival horror game has a maximum of 4 people playing survivors trying to fix generators around the map they spawn in, so they can activate the exit and escape, and 1 player  taking on the role of the killer to hunt them all down. This game is unique as the sense of terror you get is caused by your own friends trying to hunt you down. Not only that, you can also become the killer and terrorize your friends as you hunt down and kill them. This game is a race against time every match as you try to desperately hide from the killer while trying to escape, or you’re the one hunting down the other players. Whichever you choose should be sure to scratch that itch and get you scared during this Halloween season. 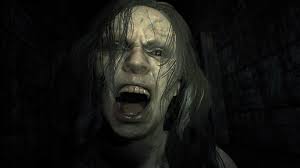 The final entry on our list for today is Resident Evil 7: Biohazard. Made in 2017 by game studio Capcom, Resident Evil 7: Biohazard is the newest entry in the popular franchise of Resident Evil. While Resident Evil is known as an iconic game series, the past few games haven’t really lived up to the name, until Capcom released the 7th entry. This game distances itself from the original series as you fill the shoes of Ethan Winters, who just got a video email from his wife who has been missing for three years. The message leads him to a large plantation house in Louisiana, where he finds it seemingly abandoned at first. Upon beginning his search he stumbles upon the Baker family, a family of lunatics who kidnapped his wife and seem to be infected with a strange virus with horrific side effects. From this point on it’s a struggle to survive as you have to hide, fight, and run in order to beat the Baker family and save your wife. The setting of an old plantation house in the swamp, combined with the atmosphere, sound design, and the terror that is the Baker family, makes this game a horrific thrill ride that will have your heart beating out of your chest. And the best part? You can play it in VR and experience the terror like you’re really there! Have fun trying not to scream when you do, though.

And with that we come to the end of our list. Thank you all so very much for reading, and make sure to tell me your own favorites in the comments below. And most importantly, don’t forget to lock your doors at night, because you don’t know what creatures could be out waiting in the dark. Happy Halloween!