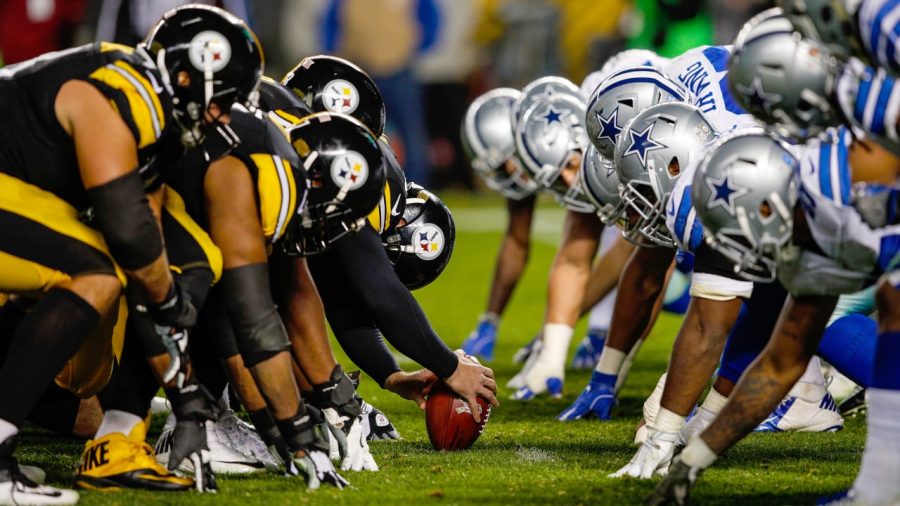 Every 4 years, football fans across all of America gather to watch the Pittsburgh Steelers take on the Dallas Cowboys for one of the biggest rivalries in all of football. Though the rivalry has lost some of its significance and popularity in recent years, it still remains a bitter matchup among Western Pennsylvanians and North Texans alike. The Steelers and Cowboys are set to play Sunday, Nov. 8 from A&T Stadium in Arlington, TX at 4:25ET on CBS. Before the game gets underway, here is a look back at the tense history between the Steelers-Cowboys.

1960: In the Dallas Cowboys’ inaugural season in the NFL, they hosted the Pittsburgh Steelers at the historic Cotton Bowl for their opening game. The Steelers would welcome the Cowboys to the NFL by delivering them a 35-28 loss.

1975: The Cowboys and Steelers would play in Super Bowl X at the Miami Orange Bowl. The Steelers would defeat the Cowboys by a score of 21-17 and a famous 64-yard Lynn Swann touchdown catch, helped seal the victory in the 4th Quarter.

1978: The Steelers and Cowboys met again in Super Bowl XIII which was also played at the Miami Orange Bowl. The Steelers would confirm their dominance and win in a 35-31 shootout. In the 3rd Quarter, Cowboys’ wide receiver Jackie Smith dropped a wide-open touchdown pass that would have tied the game. That touchdown drop remained one of the most infamous moments in Super Bowl history. 7 out of the 10 seasons in the 1970s cultivated with either the Steelers or the Cowboys playing for an NFL Title.

1991: On Thanksgiving Day, the Cowboys continued their home tradition and hosted the Steelers. The Cowboys would get the victory 20-10 in one of Chuck Noll’s final few games as longtime Steelers head coach.

2012: In another great matchup in Arlington, the Steelers and Cowboys battled to the end in a long fight. While the game was tied 24-24, both teams had opportunities to be in the position for a field goal in the 4th quarter, but could not come through to force overtime. Ben Roethlisberger threw an interception in overtime and the Cowboys won 27-24 OT.

2016: In a game with 7 lead changes at Heinz Field in Pittsburgh, the Cowboys and Steelers showcased a great game between the two. In the final minute, Ben Roethlisberger performed a fake spike and threw a 15-yard touchdown pass to Antonio Brown which gave the Steelers a 30-29 lead. It did not seal the deal as running back Ezekiel Elliott would run for a touchdown on the ensuing drive, giving the Cowboys a 35-30 victory.