Why are College Football Games Scheduled So Far in Advance? 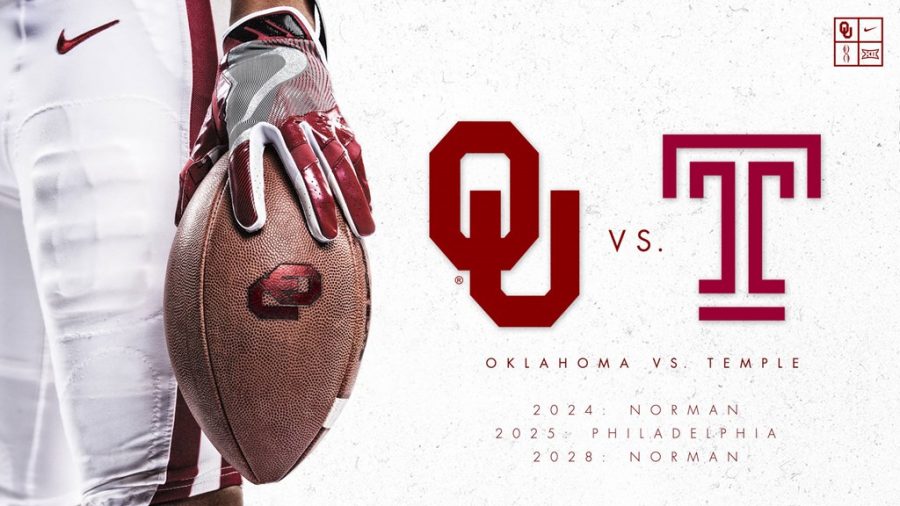 The College Football World is truly the wild-west as a dog-eat-dog, rat-eat-rat environment. Large football programs always run rampant to schedule September non-conference games to achieve one of two goals:

1. Schedule a weak opponent (Group 5 Conference) at home to gain confidence in starting the season with wins.

2. Schedule a strong opponent (Power 5 Conference) at home or away to get a primetime TV slot and possibly a College Gameday visit.

In the next few years, both Penn State and Pittsburgh have scheduled similarly, with inferior football programs making up 3 of their September games, but both having games against big SEC opponents (Penn St-Auburn and Pitt-Tennessee). On the other side of Pennsylvania, Temple will serve as the weak opponent when they play powerhouse Oklahoma in 2024, 2025, and 2028. The Temple-Oklahoma series was scheduled way back in 2016! Pittsburgh has now scheduled 7 matchups against Notre Dame in the next fifteen years. So why does a November 1, 2036 game at Notre Dame have any relevance to Pitt football today?

The answer is far from simple, but here are the facts. College football is growing rapidly and new ways to engage fans early in the season are always in the works. The college football season usually begins the Saturday before Labor Day. But back in 1983, defending national champion No. 4 Penn State played No. 1 Nebraska in August as the first-ever “Week 0” game. Nebraska walloped Penn State 44-6 but the game was played a week prior to other teams starting their season. This concept of “Week 0” has expanded with more teams playing their first game in mid-August. The 1983 Penn State-Nebraska game was the start of the “Kickoff Classic” series which lasted for 20 years with one game at Giants Stadium in East Rutherford, NJ to start the season. The neutral-site game from the “Kickoff Classic” was always a great way to engage fans. Two teams playing at a neutral site always give off the vibe of importance with a bowl game feel.

Through all of these facts, the bottom line is that time and attention builds anticipation. When Pittsburgh joined the ACC in 2013, they played a rare Monday Night home-opener against future national champion No. 11 Flordia State to open the season. Although Jameis Winston and FSU torched Pittsburgh 41-13, Heinz Field was filled with over 65,000 fans–rare for a Pitt game. In 2011, Penn State and Pittsburgh announced their rivalry renewal. Although the four-game series was actually played from 2016 through 2019, fans across the commonwealth waited anxiously for the 5 years to pass. Pitt filled their stadium to 102%+ capacity in the 2016 game as the Panthers hosted the biggest crowd in Pittsburgh sports history when they edged out the Nittany Lions in a 42-39 classic. PSU later defeated Pitt in the next 3 seasons. Every football fan loves a good old-fashioned rivalry, but scheduling unique matchups in unique locations always builds passion for every fan…no matter how far in advance it is.