Construction at HHS: Is it a Success or a Collapse?

Everybody knows about the construction going on here at the high school, but how is it affecting the students and staff? Let's take a look. 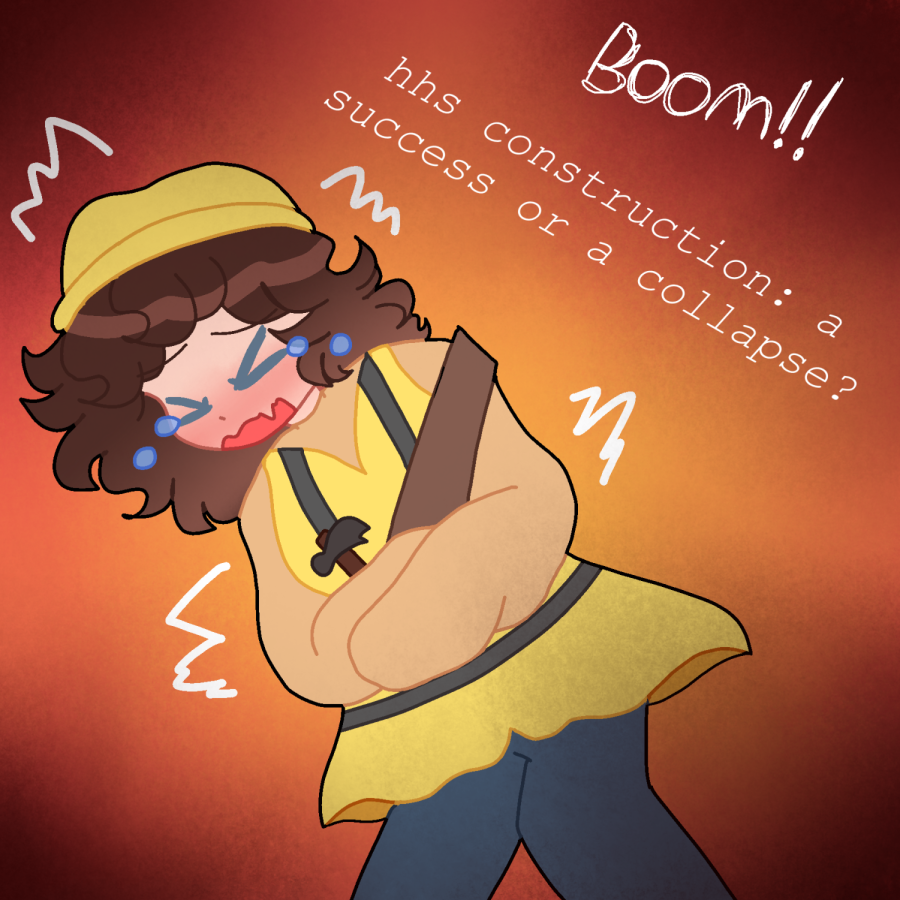 A lot of things have changed here at HHS over these past few school years, but one of the biggest changes taking place this school year has to be the construction. Not only is the school itself going to change, but so will school life as we know it. The debate regarding the effects of construction on student and teacher lives is one that should be had, because with this in mind, perhaps we can move forward with new perspectives. Today’s the day for that debate.

For the most part, the students of HHS had a few things to say in regards to the construction. A decent number of people expressed confusion towards the plan, questioning its necessity toward the growth of the school. Vestia Oreszczyn ‘24 wasn’t fully sure why the construction was even taking place, listing possibilities such as safety concerns or “just because the school had money to spend.”

Even more confusion was expressed by senior Alexandria White who asked why construction had to include not only the parking lot but also the school itself. She also shared that there might be some good coming from this construction, mainly with transportation: “There’s going to be a lot less traffic for buses and kids being dropped off by their parents.”

However, the effects of the construction aren’t strictly beneficial, and in some cases, a bit concerning for incoming students. Sophomore Leo Lin stated some concerns regarding the relocations of certain classes, as “students who are so used to things being one way may not be able to adjust to the changes, getting themselves lost.” Overall, the concept of changes to the high school has sparked some questions and concerns from students, but for the most part, the student body can’t be sure of what to make of it this early on.

It’s not just the students who are being affected by these new changes; it’s the teachers as well. Classes have been interrupted by the noise from the roof, as well as certain classes needing to be relocated entirely. For example, Mr. Adamczyk’s class, alongside others towards the beginning of G-Hall, had to be moved to different rooms on October 1st. The learning experience is further interrupted by windows being boarded up, as seen in a few classes at the ends of G-Hall and E-Hall. Other than that, most have just said that it’s the noise that bothers them.

There’s also the possibility that the construction could potentially become much more disruptive as the months go on. Mr. Clendaniel expressed this sentiment, stating, “This remodel will be much more intrusive as the plan calls for remodeling inside the existing building while learning is taking place.” He also brings to light the last remodel done to the high school back in 1999 and 2000, mentioning that those additions were added to the ends of the building. This time around, it’s the roof being redone which leads to the higher possibility of disruption.

It’s not all worries for teachers, however, as a few have voiced optimism towards the new renovations. Mr. Adamczyk had shared how the roofing “had to be done at some point.” Not only that, but he was excited at the possibility of some new labs once the construction finishes. While he did have his concerns, he did end our interview with a positive note, stating, “If we all work together, then we should be able to get through these changes just fine.”

These past few months have been a roller coaster ride for all of us. COVID, time changes, it’s just a general shift of everything that we once knew. While these changes may be dismaying and a bit overwhelming, we need to approach this situation with a level head. The building may be in the process of renovation, but our Hampton pride will remain strong, despite the appearance change.