Pittsburgh Sports in the Fall Season 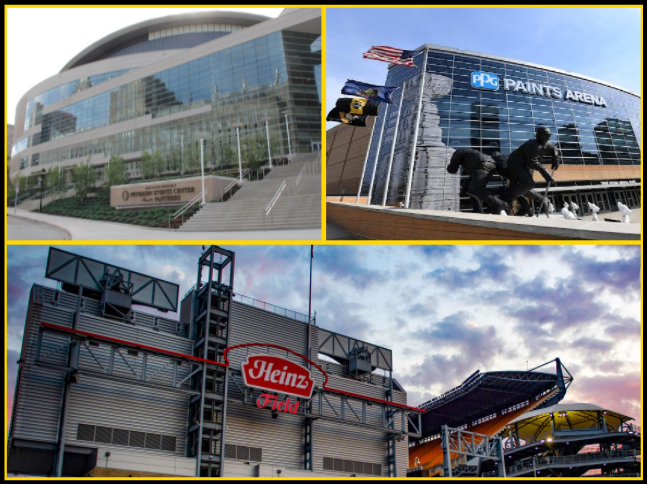 The Fall sports are already in full swing in Steel City. Here’s a look at the Pittsburgh sports teams so far:

Steelers: From late-last season to early-this season, the Steelers had a stretch where they had eight losses in a span of ten games. The Steelers started the 2020 season by going 11-0. They were five wins away from a 16-0 record; only achieved once in NFL history (2007 Patriots). The Steelers collapsed by losing four of their last five regular-season games and lost to the Browns at home in the Wildcard Round. The Steelers started the 2021 season 1-3 and were in danger of having their first losing season in 17 years. A month later, the Steelers won four-straight games to go 5-5-1 and back within reach of the AFC North. The Steelers have one of the toughest regular-season schedules in all of the NFL, but they have done a successful job thus far. QB Ben Roethlisberger is still going strong and putting the Steelers in a position to succeed. All three of the Steeler’s top draft picks are already having starting roles on the team with RB Najee Harris, TE Pat Freiermuth, and G Kendrick Green. The Steelers still have a long road ahead as the ESPN FPI has the Steelers as the underdog in all six of their remaining games.

Penguins: The Penguins have gotten off to an underwhelming start this season. The Pens have won five straight matches to now be at 10-12, but still towards the bottom of the Metropolitan Division. What made even bigger news is that owners Ron Burkle and Mario Lemieux sold the Pittsburgh Penguins organization to the Fenway Sports Group for close to $900 million. Just last year, the Penguins had the 2nd-most wins in the entire NHL but fell to the New York Islanders in 6 games during the First Round. Since 2006, the Penguins qualified for 15-straight playoff appearances, but that streak may be in jeopardy if the Pens can’t turn the season around. The Penguins still have the Big 3 intact of Evgeni Malkin, Sidney Crosby, and Kris Letang, all of whom stayed with the Pens since the mid-2000s. This offseason, the Penguins brought in seven players, including Brian Boyle and Jeff Carter who were both drafted in 2003. The Penguins are counting that veteran leadership to bring them back to the playoffs.

Pitt Football: Mediocrity is no longer synonymous with the Pitt football program. With a 10-2 record, the Panthers have their best regular-season finish in forty years. In 1981, Pitt started 10-0 and ranked #1 in the AP Poll but lost their final regular-season game at home to arch-rival #11 Penn State. Pitt bounced back to win the Sugar Bowl against #2 Georgia as Dan Marino threw a 33-yard touchdown in the final minute to claim the victory. Since then, the Panthers never had more than ten wins in a season after their glory days of the late-1970s and early-1980s. From 1977 through 1989, Pitt had sixteen players drafted in the first round of the NFL Draft. From 1989 until now, the Panthers only had seven players drafted in the first round. This year, Pitt has been favored in all of their games and has only lost in close home games to Western Michigan and Miami. The Panthers have clinched the ACC Coastal Division to have a great shot at winning the ACC and punching their ticket to the Fiesta or Peach Bowl. A big part of Pitt’s successful season is the Heisman-caliber performance of QB Kenny Pickett. The Pitt record for career passing yards and completions has already been broken by Pickett, now he tied the passing touchdown record (79, Marino). That being said, Pickett may need to cap off this great season with a conference championship or bowl victory to be remembered in the same conversation as other Panther legends.

Pitt Basketball: The successful days of the Jamie Dixon era are well in the rearview mirror for Pitt. Looking at their successful past, the Panthers made it to March Madness for 10-straight years and had five Big East titles from 2001 to 2011. In the 2008-09 season, Pitt had a star-studded lineup with LeVance Fields, Sam Young, and DeJuan Blair. The Panthers spent three weeks at #1 in the AP and Coaches Poll, defeated top-ranked UConn twice, and received their first-ever number-one seed in the NCAA Tournament. Pitt made it to the Elite Eight that year but fell to Villanova in the final seconds to spoil their chances at a Final Four bid. In the years to follow, Pitt had some solid seasons, but they ended in disappointing losses at the big dance. After Jamie Dixon departed from Pitt in 2016, Pitt has been 19-71 (.211) in ACC play, competing horribly in one of the most premier conferences. Pitt’s sudden drop-off of consistently being among the top programs in college basketball to their current struggles is truly a mystery. The Panthers lost in their season-opener to Citadel 63-78 and lost the Backyard Brawl to West Virginia 59-74. With an already weak roster, Pitt lost senior guard Nike Sibande to an ACL tear and junior guard Ithiel Horton to aggravated assault charges. To make matters worse, four-star guard Judah Mintz de-committed from Pitt, leaving the Panthers with an empty 2022 recruiting class.

– Pitt Volleyball finished the regular season 26-3 and will host UMBC in the NCAA Tournament First Round.

– Pitt Soccer started the season 13-5-1, seeded #5 in the country, and will travel to Notre Dame for the Quarterfinals of the NCAA College Cup.

– Duquesne Football started 7-3, including a win over the Ohio Bobcats 28-26 to become one of only eleven FCS teams to have a win over an FBS team this year.