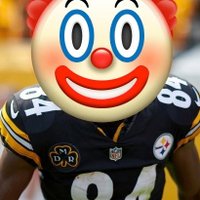 On March 9th, 2019 Antonio Brown, a professional football player for the Pittsburgh Steelers, was traded to the Oakland Raiders for the 3rd and 5th round pick in the 2019 draft.

Antonio, featured on Hard Knocks, an HBO reality football TV show, had a very eventful preseason as he got frostbite from a cryotherapy chamber. Additionally, he was fined in total over $300,000 because of unexcused absence and was cut from the Oakland Raiders. NFL fans had mixed opinions on this decision by Jon Gruden. Shortly after he was cut, the New England Patriots picked up Brown for a one-year $15 million contract. All football fans saw this as a huge advantage for the former Super Champs.

Within the past week, Antonio Brown has been accused of rape and sexual assault of multiple women. One of Brown’s alleged victims, Brittney Taylor, met with the NFL committee Monday, September 16th. The interview, which is yet to be publicized, could leave Brown to suspension, fines, and possible jail time.

Taylor accused Brown of assaulting her twice in June 2017. It began when Brown invited Taylor over to his house. While Taylor was watching television, Brown was inappropriately touching himself behind her. Without her knowledge or consent, Brown allegedly ejaculated on her back. Brown was also accused of harassing her outside of gymnastics studio. He asked for “help on his flexibility.” Then, according to Taylor, almost a year later, Brown raped her in May 2018. Brown and Taylor went to a nightclub together in Miami, and afterward, Taylor drove Brown back to his house. She stated that Brown pulled her into his bedroom and raped her. Brown is facing sexual assault, rape, battery and more charges.

While Brown is under fire, Roger Goddell is now in authority of what to do with Brown. No evidence has been broke, therefore Brown is in the clear for now.

UPDATE: On September 21st 2019 Brown was cut from the New England Patriots. “We appreciate the hard work of many people over the past 11 days, but we feel that it is best to move in a different direction at this time,” the team said in a statement. With all the controversy the Patriots and Bellicheck decided to move on from Brown. Although, this isn’t Browns only loss, shortly before the Patriots cut Brown he lost his Nike sponsorship. Brown has since announced that he is finished playing in the NFL. Throughout the Steelers controversy all the way to the end with the Patriots this has led to Browns overall demise.