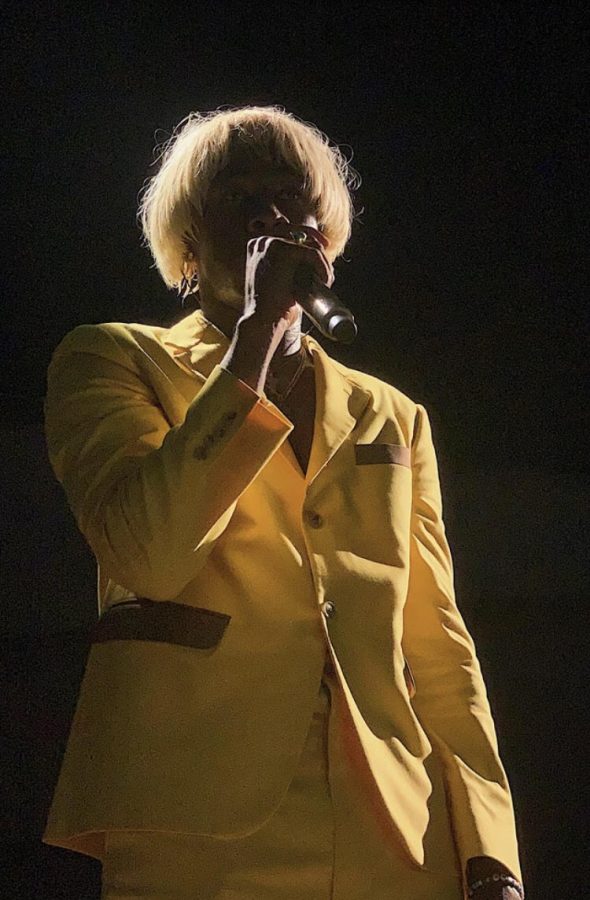 For most teenagers, Tuesday, September 24th was not an average school night. High schoolers and college students wrapped around the Stage AE facility twice, anticipating to see one of the world’s most introspective musicians; Tyler, The Creator.

Opened first by rappers GoldLink and Jaden (descendant of Hollywood’s own Will Smith), Tyler Okonma is currently headlining a world tour to promote his latest (and most critically-acclaimed) album, Igor.

Okonma came to fame from being the ringleader of late 2000s hip-hop collective Odd Future. Notoriously rowdy, Tyler was banned from the United Kingdom and New Zealand. In his solo career, he has made a 180-degree turn in his persona. Igor and 2017’s Flower Boy rewrote his entire reputation from a foul-mouthed menace to an innovative artist. Tyler’s crowd has evolved with him. Previously rowdy and angry moshes have turned into an excited yet polite audience.

Tyler opened his set with the hum of IGOR’S THEME, dressed in a neon yellow pantsuit, platinum blonde wig, and sunglasses.The set was minimal, with just an iridescent curtain that projected his face onto it. Lights were vertically stacked along both sides of the stage, and moved in rhythm with the music. As the performance continued, Tyler took frequent breaks to talk to the audience. Highlights include the a capella version of GONE, GONE/THANK YOU, a piano version of EARFQUAKE, a riveting, high-energy Who Dat Boy, and a heart-wrenching ARE WE STILL FRIENDS? to close the evening. His on-stage projection clearly reached the audience, as everybody sang along to his verses. 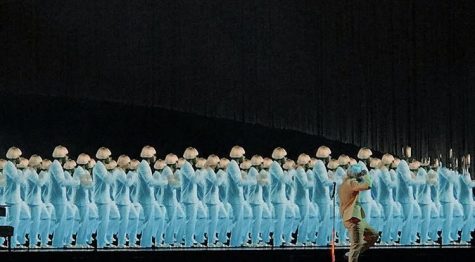 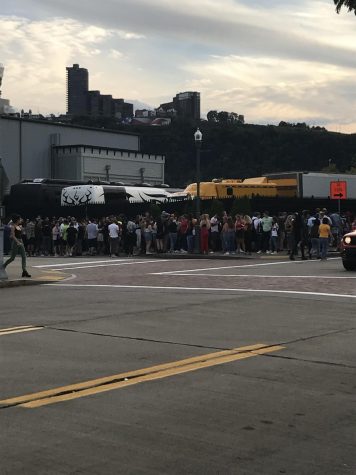 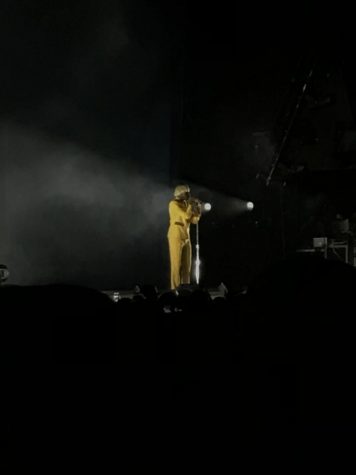 GoldLink’s short but sweet set followed a classic rap concert’s algorithm- a hype-man DJ, water bottles being sprayed onto the pit, and a backing track that already had GoldLink’s vocals. All of this aside, he entertained our audience by starting a crude chant about former Steeler Antonio Brown.

The most disappointing part of the evening was Jaden’s performance. One of my friends accompanying me commented that Jaden would not have gone anywhere had his parents not been famous in Hollywood. With average lyrics, minimal stage presence, and an inflated ego, his superficiality was very transparent. His show is perfect if someone would like to mindlessly jump around, but if you’re looking for lyrics with value, keep searching.

It was very prominent that Tyler poured his heart into newest creation, Igor, and he did not fail to reflect this emotion on the road.